My flight left Melbourne at 11.50pm and arrived in Nadi, Fiji at 5.30am. Needless to say, sleeping was not a success! I arrived at my hostel/hotel (it was a slightly strange set-up. I was in a room with 1 bunk bed only. Many of the other rooms seemed to be doubles/family rooms like a regular hotel) at 7.15am. I was able to check in shortly after 9am so in the meantime I snoozed in the lobby. Once I got into the room, I had another couple of hours’ sleep before spending the rest of the day on the beach and in and around the hotel pool. The hotel was on the beach and faced west, so gave a great view of the sunset:

The next day was the start of my tour around Fiji with Feejee Experience. Our first stop was to Robinson Crusoe Island: 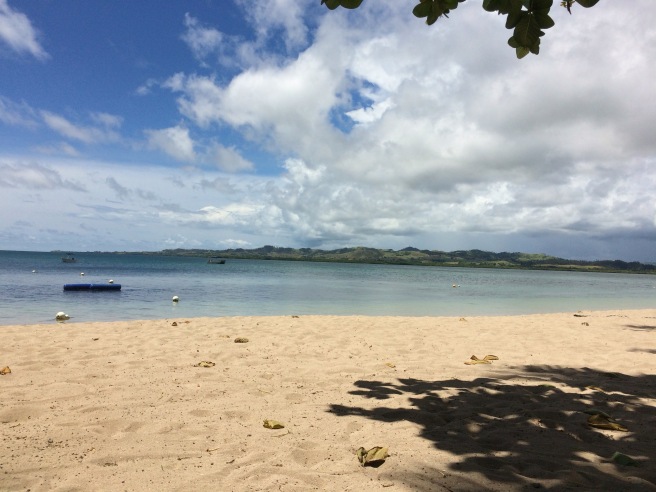 This is the view from the beach. In the afternoon I went snorkelling, which was fun, though I couldn’t see too much without my specs.

In the evening, we enjoyed some traditional Fijian dancing and fire dancing (don’t try this at home!)

The next morning we left Robinson Crusoe Island after breakfast and drove to Uprising Beach Resort on the south of Viti Levu. In the afternoon we went on a walk through the rainforest to a waterfall. The heavens opened and we all got soaked to the bone. Warm rain was quite an experience though. I persevered with an umbrella whilst everyone else just went for it. To be honest, in a tropical downpour, an umbrella becomes a bit useless after a while. It did help keep the rain of my specs though!

The next day we drove to Suva, the capital, in the morning. This chap was standing guard outside the president’s house:

It was extremely warm but he didn’t move a muscle. We then drove inland to a village to experience what Fiji is really like. We all had to cover up in sarongs and make sure our shoulders were covered. We were welcomed by the village and then had a traditional kava ceremony. Kava is a drink made from a root which looks like muddy water. It does not taste too good, and leaves a tingling sensation in the mouth. I definitely preferred the coca tea in Peru!

We had a delicious lunch of traditional Fijian food which largely consisted of spinach several ways – fried, fritters, rolls, sautéed with coconut cream – along with chicken, plantain, prawns and fruit. Also eaten in the traditional way with our hands…

After lunch we went bilibili rafting (bamboo rafts) before visiting a school. The kids danced and sang for us and were so happy and enthusiastic, asking us all loads of questions. This was actually quite a cool thing to do, and not something you normally get to see on holiday.

After we left the school, we drove to our accommodation for the evening on the north side of the island at Rakiraki.

The following day was a relatively long drive back to Nadi, with a stop off for lunch in the second largest city of Lautoka. We opted for the traditional Fijian ‘McDonalds’ 😁 We also visited the mud pools in the afternoon. It was good fun, but a bikini was sacrificed: 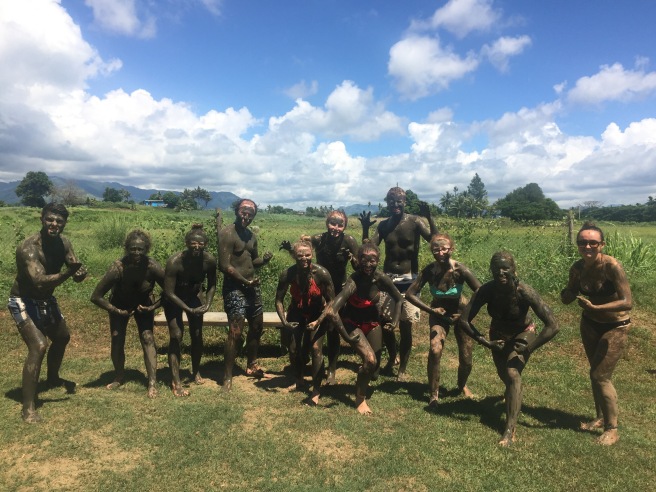 When we got back to Nadi, it turned out that we were staying in different hostels. We all met up for dinner and drinks in the evening as it was our last night as a group. Some were staying in Nadi, some were going to Mantaray Island, some were coming with me to Beachcomber Island, and some were moving on to New Zealand.

The following morning was an earlyish start to catch the boat over to Beachcomber Island. The Fijian islands really are like tropical islands you imagine in paradise. 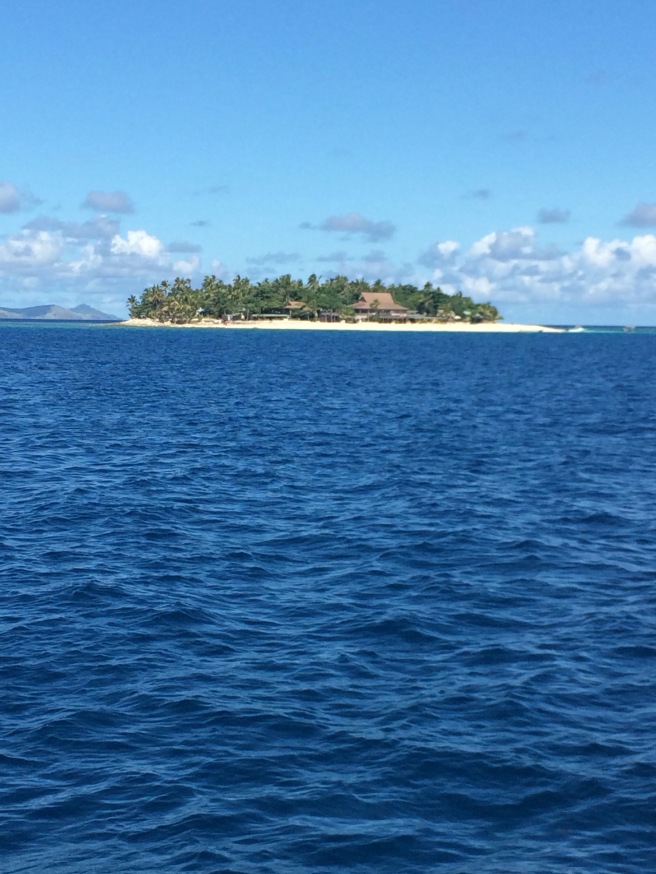 Beachcomber involved a lot of chilling out and a little bit of snorkelling. The sea was a lot choppier here so I didn’t enjoy it as much as before. Mainly I tried to take in the view, and pinch myself that I really was here on this tropical island a long way from home.

I returned to Nadi late the following day and had 1 night there before heading off for the next leg of my trip to my favourite place in the world, New Zealand.