And so the final leg of my 6 month trip begins…super-excited but also slightly sad about it. I am travelling with Trek America, doing the Grand BLT trip (info here: http://www.trekamerica.co.uk/tours/gnb.html). I have previously travelled with Trek America in 2006 when I did a camping trip. It rained solidly for 2 weeks and put me off camping for life. This time I’m in hostels and hotels.

We started from the Hilton at Newark airport on Monday morning. 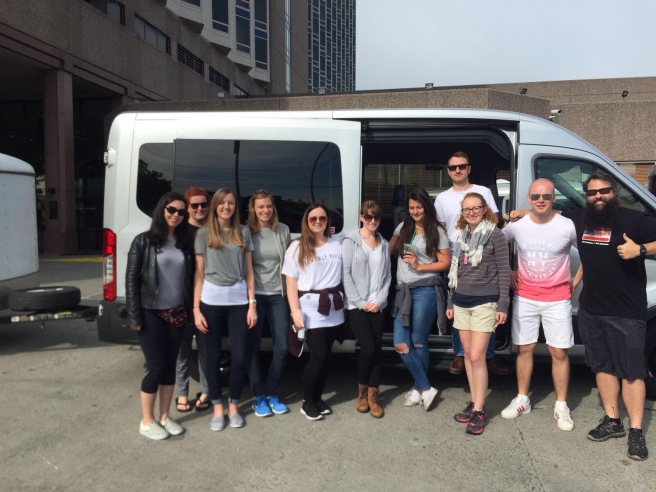 There are 10 of us plus Jay, the tour leader. 9 Brits and 1 Swiss. We had already gotten to know each other a little bit via whatsapp and Facebook so it felt like we bonded really quickly.

We left Newark in the morning and drove to Woodbury Common Outlets for a spot of cheap retail therapy. Would have bought the whole of Aeropostale if my bag wasn’t already stuffed!

We had lunch there and then drove on to Watkins Glen State Park to check out some really cool waterfalls. 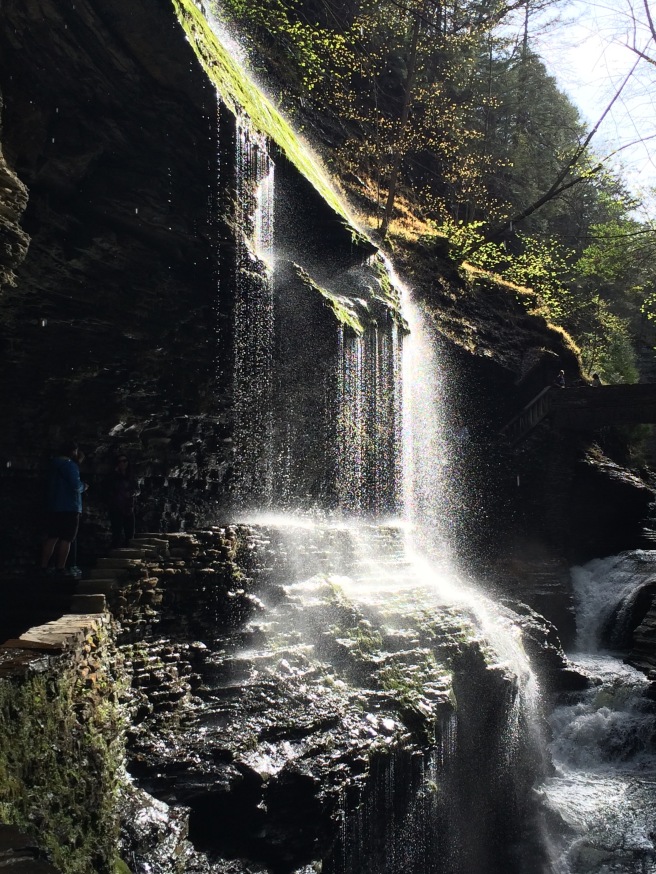 Then we headed to our overnight stop on Auburn, NY, in the Finger Lakes region. We went out for dinner at Prison City Brewery – good, reasonably priced food. I headed to bed but a couple of the others went out after for a drink.

The next day was up early to head to Niagara Falls. We arrived mid morning and did the Maid of the Mist tour which was a lot of fun.

We then headed over the border to Canada for the afternoon. I had poutine for lunch – chips, gravy, cheese and pulled pork. This was a starter portion!!

We went on the big wheel, and walked along to the top of the Horseshoe Falls on the Canadian side. 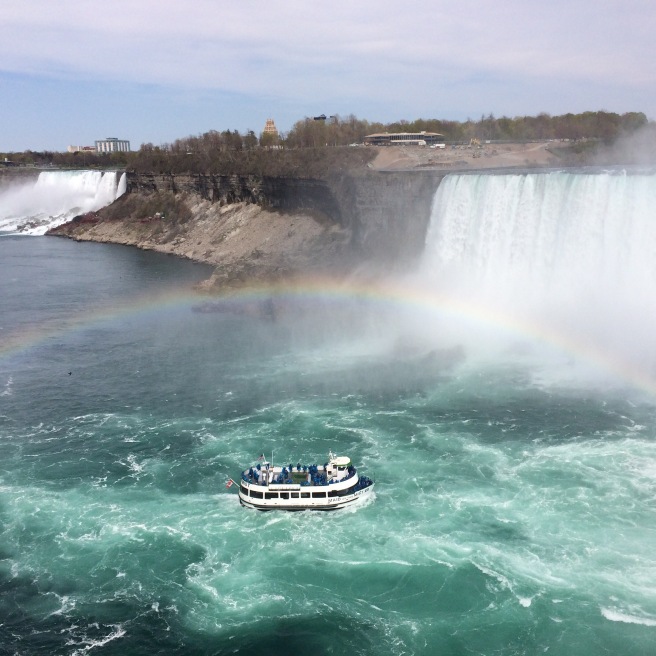 We then headed back to the border where Jay had bad news for us. He had a detached retina and needed to get it fixed ASAP so he would be leaving us the next day. We were pretty bummed out by this, but these things happen.

We headed to Buffalo to our hostel for the night, and after a quick shower and change, we went to the Anchor Inn, home of Buffalo wings. I had a few of these for dinner (when in Rome and all that…):

We went out for a few beverages afterwards…a good night.

The next day was a late-ish start as we were waiting for JD to fly in to take over from Jay. We went to IHOP for brunch though I was not up to eating…

JD arrived at midday and we said farewell to Jay. We headed through Pennsylvania towards Ohio. We had a brief stop in Cleveland at the Rock and Roll Hall of Fame.

Our overnight stop was in Sandusky, OH at a campground, though thankfully we were staying in cabins. We headed out for dinner and while we were out there was a massive thunderstorm. It rained hard for most of the night, and I had to wade through a large puddle to get from the cabin to the road.

The next day we headed to Shipshewana, Indiana. This is an example of an Amish/Mennonite town. Somewhere where a horse and cart will pull up to the gas pump.

After wandering around and grabbing lunch, we headed for Chicago. We were slightly delayed leaving Shipshewana when a guy who looked like Santa Claus started chatting to JD about the van. Santa kept chatting despite JD being sat in the van with the engine running. We were probably delayed for a couple of minutes. Later up the road, there was a 5 vehicle accident just ahead of us. 1 or 2 minutes earlier and we could have been involved in it. Santa was sent as our guardian angel!! The road was closed for over an hour. It was really warm so we sat on the road to catch some sun while we waited for the road to reopen. 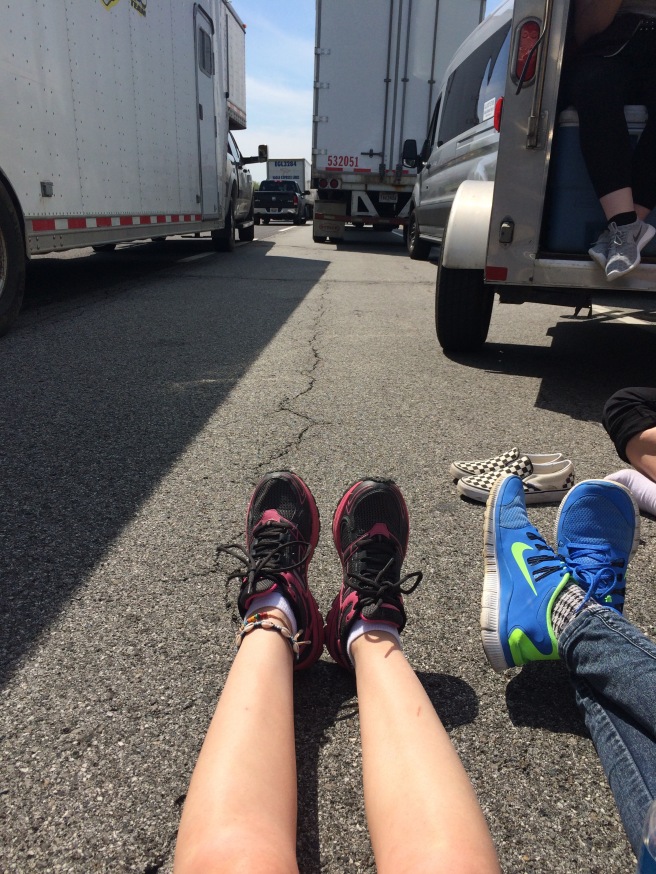 When we got going again, we headed to Gary, Indiana to see Michael Jackson’s childhood home. It was a tiny house, and unbelievable to think that he lived here with all his siblings.

Because we were delayed by the accident, we ended up hitting Friday rush hour traffic. Usually you’d expect the traffic to be heading out of the city in the evening rush hour but on a Friday everyone is heading into the city for the weekend.

We arrived early evening and then went out for Chicago Deep Dish pizza.

Most of the group went back to the hostel, but I went out for another drink with JD and one of the other guys in the group.

The next day we got up and went to the Willis Tower Skydeck. Willis Tower (formerly Sears Tower) was the tallest building in the USA until the new 1 World Trade Center was completed. As we were there early, there weren’t any queues. Some really good views from the top though.

We also braved the Ledge – which is a glass-bottomed viewing platform. 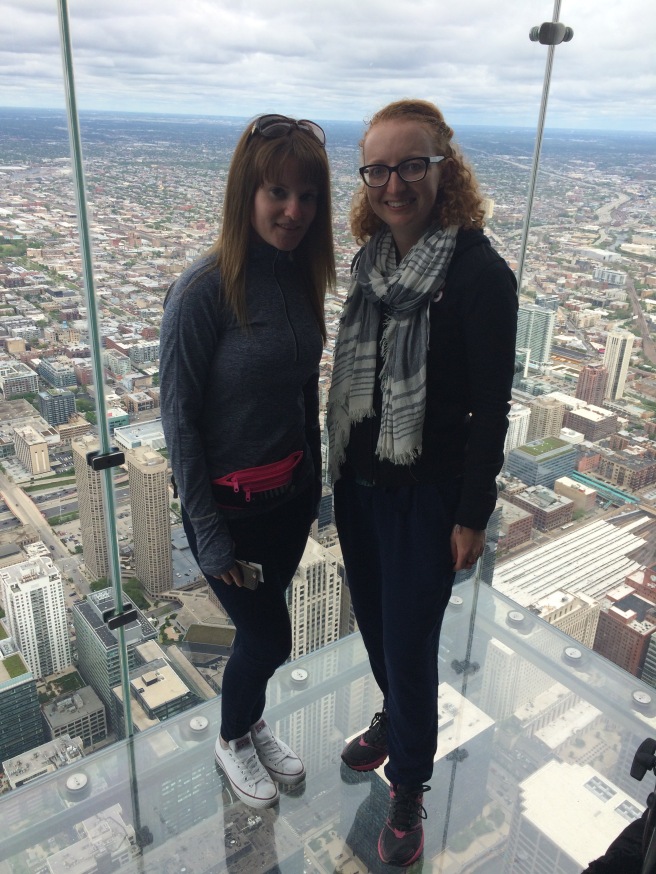 JD then took us to see the Bean in Millennium Park. 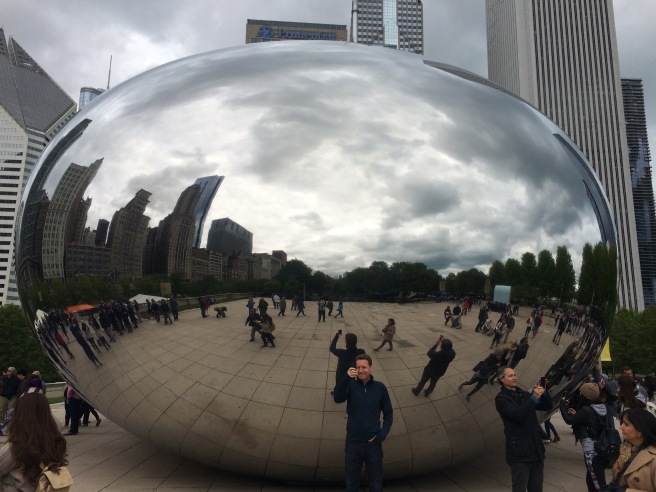 And an art installation which has images of faces of people of Chicago. 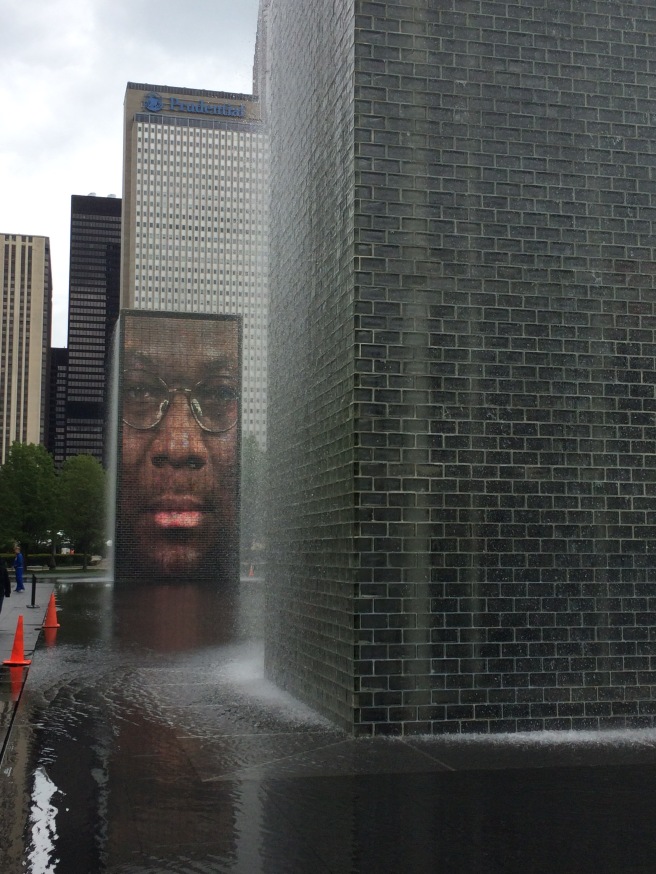 And also the Buckingham Fountain, before we headed out to Wrigley Field to watch a ball game (Chicago Cubs v Pittsburgh Pirates). I’ve seen a couple of ball games on my previous trips and enjoyed the atmosphere and experience, and I was really excited to go to Wrigley Field as it is such an iconic venue. The temperature was about 8C though and it was absolutely freezing. I had the obligatory hot dog and beer. The game started slowly, but got going mid way through, and the Cubs hammered the Pirates 8-2.

After the game we headed back to the hostel, and we had a couple of hours to spare before heading out. I used the time to do laundry. Regular readers of this blog will be pleased to know I’ve found the new cheapest laundry of my trip! $1.50 for a wash and $1.25 for a dry.

In the evening JD took us on a walk up towards the Wrigley Building and the Chicago Tribune building. JD knows his architecture and has a brain full of facts which I love!

The Chicago Tribune building has stones from other famous buildings around the world in it, including Westminster Abbey and Edinburgh Castle. 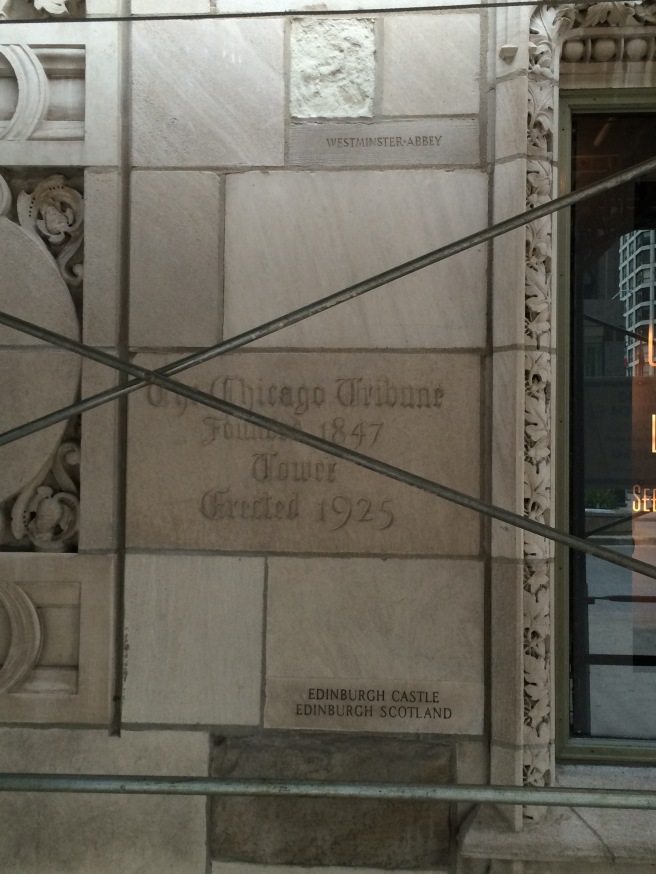 We then walked out towards Navy Pier to admire the skyline as the sun set. After grabbing a burger on Navy Pier, it was then dark so we got an awesome view of the Chicago skyline at night.

We then went to find a bar, and ended up in a great, chilled bar called Streeters. A bar that sells decent cider, and played awesome music. We played a little foosball as well, and I had a great night.

I got up early on our final morning in Chicago as I’d noticed that the Terracotta Warriers were displayed in the Field Museum. They were incredible and that’s one off the bucket list that I wasn’t expecting on this trip!

We’re heading towards the national parks now, can’t wait to see them.