Yellowstone and Yosemite were the 2 things I was most excited about for the northern part of this tour. I’d been to Yosemite before back in September 2013 when I did a Vegas/California road trip with the family. Unfortunately we were there during the Yosemite rim fire, and as we were staying in Mammoth Lakes to the east of the park, we were unable to get to Yosemite Valley. I was absolutely gutted at the time. We did get into the park on the Tioga Road from the eastern part but only as far as Tenaya Lake. The irony this time round was that Tioga Road wasn’t actually open. It is at a high elevation – over 9000ft – and still has snow on it.

We drove into the park from the western side and stopped off to check out some giant sequoia trees. These things are absolutely enormous. Kauri trees in New Zealand are big but sequoias are on a different level.

We then drove into the valley and had an awesome view of El Capitan and Half Dome. 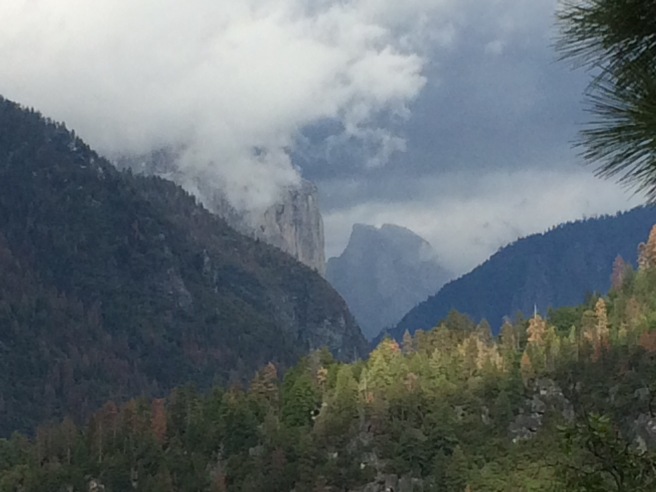 We then drove on to see Bridal Veil Falls – the views kept getting better and better. 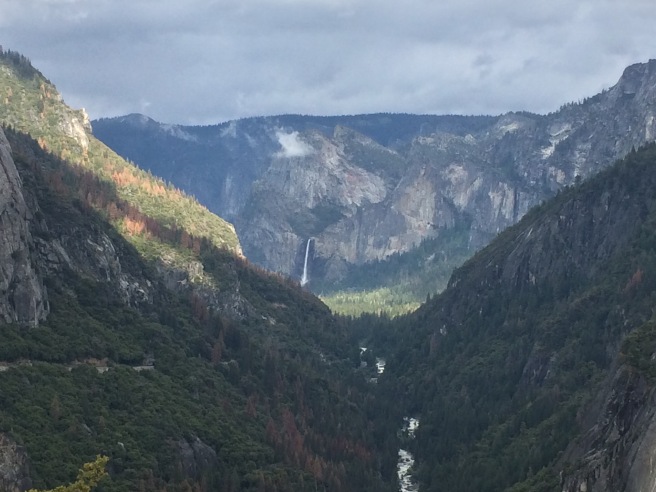 We then carried on to see Yosemite Falls – the tallest waterfall in the USA. 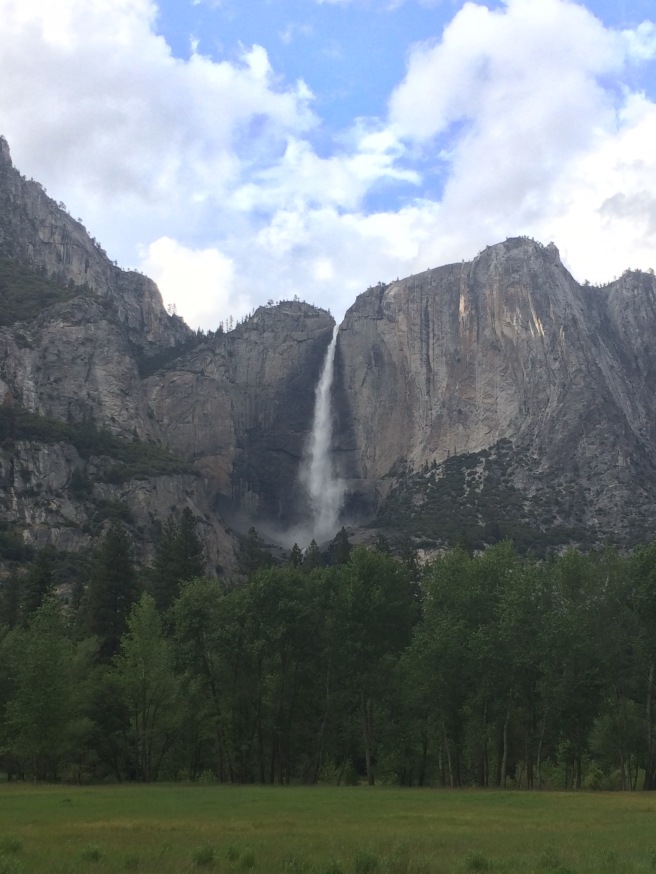 We also stopped at the face of El Capitan and spotted people climbing up it. You have to be well equipped to climb El Capitan as it takes several days to scale it.

The next day was our free day in the park. There were several hikes available and I decided to do the Upper Yosemite Falls hike. It is 3.2miles to the top, with an elevation gain of 2,700ft. Yosemite Valley is already at 4,000ft so it was extra hard work because of the altitude.

It took 3 hours to hike to the top and was really tough going at certain points. I was the only person from my group hiking this route (some of the others hiked the Vernal and Nevada Falls route), but most people from the camping group did the hike. (Side note here – I am doing a lodging tour i.e. staying in hotels and hostels, but there is also another Trek group doing exactly the same route but they are camping instead).

JD, our tour leader, also did the hike and was great at keeping me going. There were some pretty awesome views on the way up: 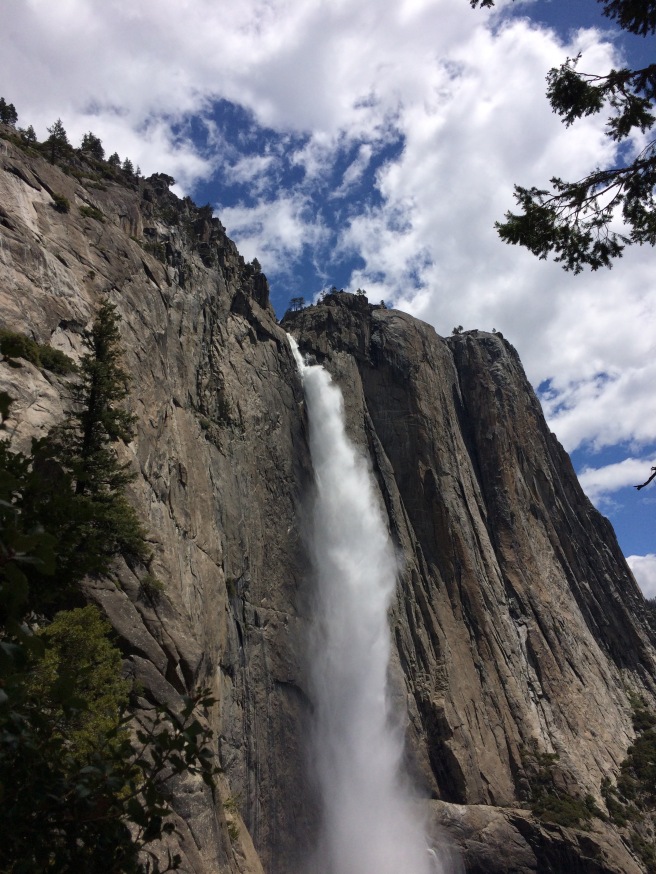 And also from the top:

After stopping for lunch at the top, and with some ominous weather looming, we headed back down. It only took 1 hour and 50 minutes to get back down, but it seemed to go on and on. My legs weren’t too bad afterwards but my left knee was complaining a bit! I was very proud of myself though and I’m glad I gave myself the challenge of doing this hike. It was tough but easier than the Tongariro Crossing (which I vastly underestimated) and the Inca Trail.

After grabbing a pizza dinner in Half Dome village, we went out to Tunnel View point to catch the last of the sun.

This couple of days definitely made up for the disappointment of not being able to see anything last time. I’m almost glad I missed everything last time because it made this experience so much better. Definitely the highlight of my USA trip so far.