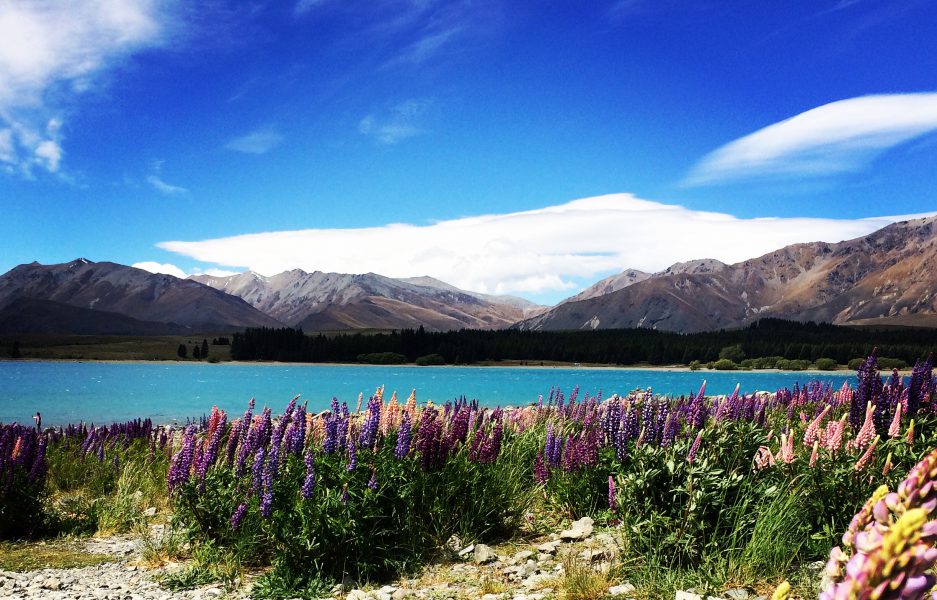 The following day we went to the 4 Corners, which is where Arizona, Utah, Colorado and New Mexico meet. 4 states ticked off at once!

We then headed into New Mexico and onto Santa Fe. Santa Fe has a lot of Spanish influence in its architecture, and all buildings are one of several shades of brown. 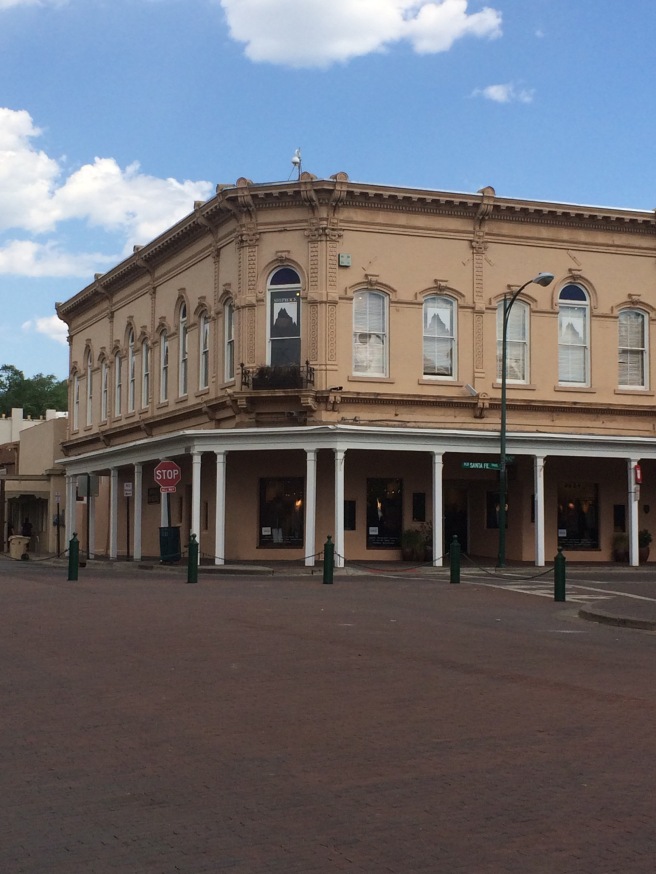 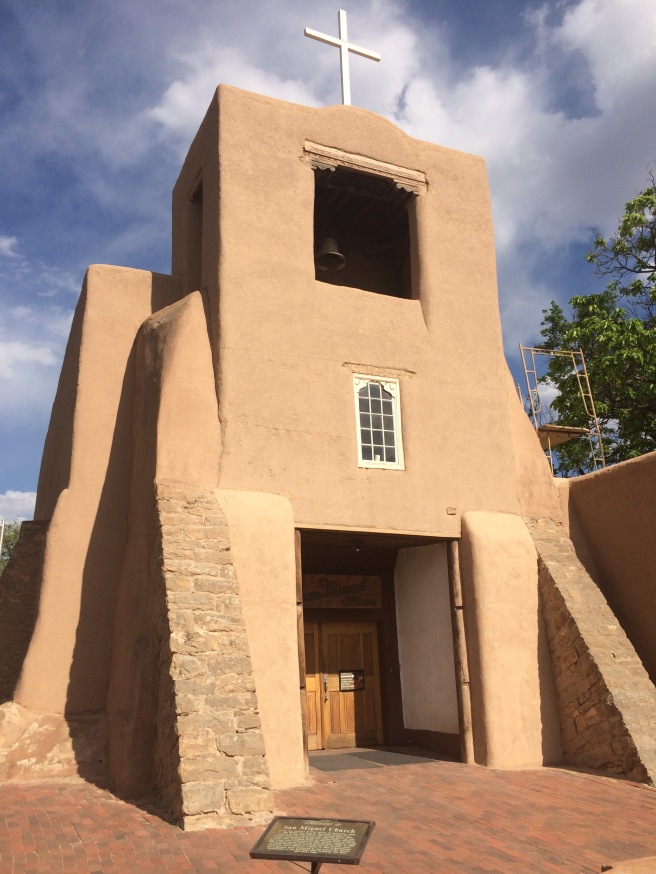 We had a drink at a rooftop bar and then went to a Mexican restaurant. A few of us went out in search of live music but failed miserably and ended up in a dive bar playing heavy metal.

The next day we headed towards Carlsbad Caverns. We stopped in Roswell for lunch and I went to the International UFO Museum – biggest load of rubbish I’ve ever read!

We were staying in the town of Carlsbad, and spent the afternoon chilling out before heading to the caverns themselves the following morning. 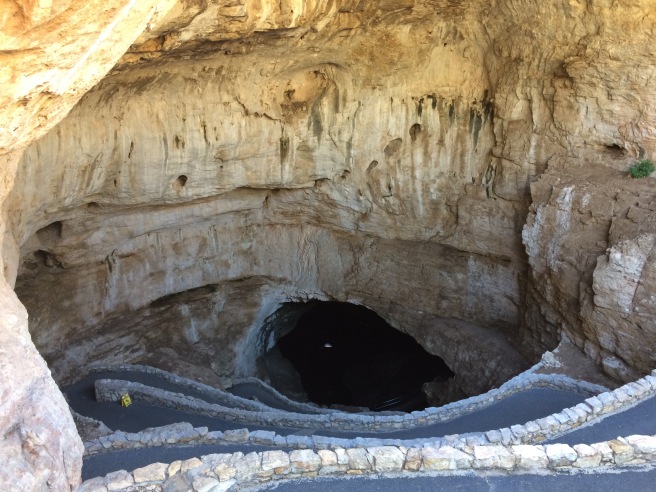 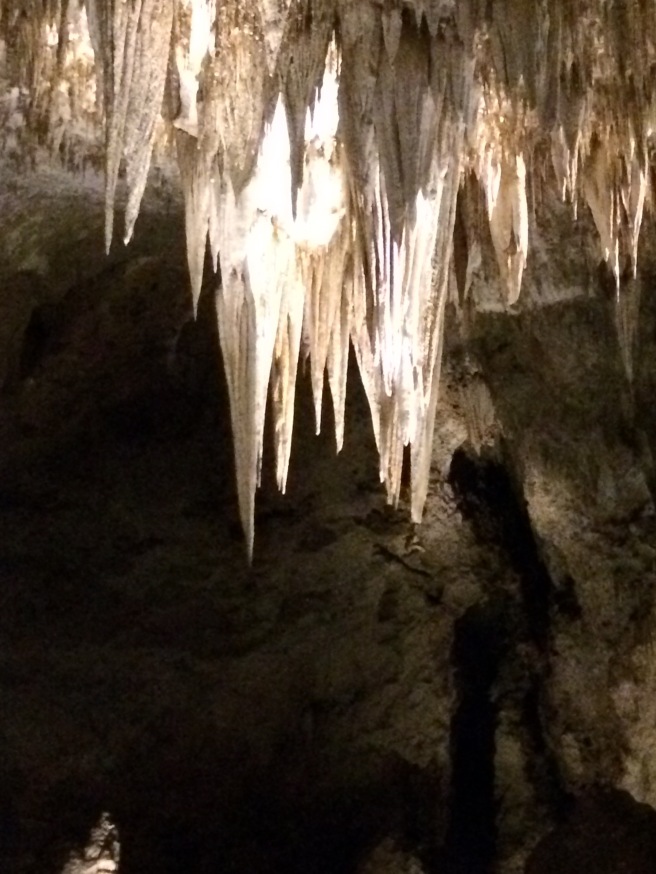 We walked down into the cave through its natural entrance, it took about 45 minutes to reach The Big Room, and then the walk around the main part of the caves was another 40 minutes. There are some really enormous stalagmites and stalactites in there. I really enjoyed the caves, yet again appealing to my geologic/geographic side.

It was then on into Texas. I was surprised by how green Texas was. There were times when it felt like I was either at home or in New Zealand. We spent the night in San Angelo, another place with not a lot happening at night despite it being a Friday. We did find a better level of live music than Santa Fe though.

The next day we headed to Austin. Bit of an incident on the way when we got pulled over by the police for speeding in a construction zone…I was sat in the front seat and did not massively appreciate the cop coming to my side of the vehicle. Would take running out of fuel over this any day of the week!

We arrived in Austin mid-afternoon. It was hot and sticky. I walked to the State Capitol building to meet Daniy, my roommate in Peru, who lives in Austin. We walked around the Capitol building then headed to South Congress where there are loads of bars, cafes, antique stores and other cool independent shops. We had some food here and walked around the shops for a bit. 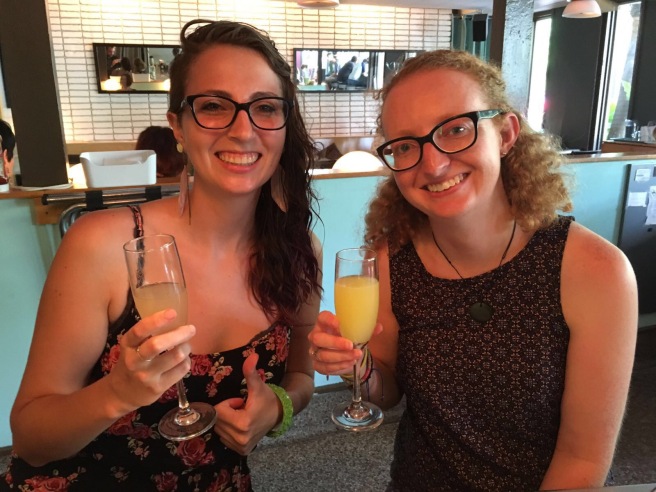 We then headed to the Congress Bridge where, every night at dusk, all the bats that live in the bridge during the day come out to go hunting. It was slightly underwhelming to be honest. The bats are tiny, and it was quite dark by the time they came out so it was hard to see.

We then drove to a spot where you got a great view of the city skyline, and then headed to Rainey Street for some live music. So much better than Santa Fe and San Angelo!

It was great to see Daniy again. One of the best things about travelling is meeting people from all over the world who you can then go and visit on future trips!

The next day we had a late-morning departure to Lafayette. We drove through an almighty thunderstorm for about 8 hours and arrived in Lafayette around 9pm. Went to a proper all-American diner for food, and then went to bed as the next day was onto the thing I was most looking forward to in the south – New Orleans!!